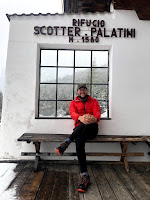 Nicholas Radko, Director.  Nick Radko is a Lecturer of Geology at Georgia Southern.  He received his M.S. in 2011 from the University of Georgia, where he conducted research in Geoarchaeology.  He has served as faculty on the Lucca study abroad program every year since its first run in 2018, and looks forward to returning each summer!  Contact him at nradko [at] georgiasouthern.edu 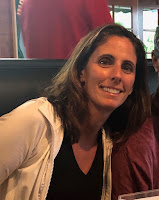 Bridget Melton is a Professor of Exercise Science and Coaching Education at Georgia Southern University.  She has published over 70 manuscripts and given over 100 presentations focused on promoting physical activity and exercise science with various populations.  Additionally, Dr. Melton mentors our exercise science students    Contact her at bmelton [at] georgiasouthern.edu

Christina Olson is an assistant professor in the Department of Writing & Linguistics at Georgia Southern University. She is the author of Terminal Human Velocity, Before I Came Home Naked, Weird Science and Rook & The M.E.: A Law and Order-Inspired Narrative. Her most recent book is The Last Mastodon. Other poetry and creative nonfiction has appeared in magazines including The Atlantic, The Normal School, Quarterly West, Passages North, Third Coast, Virginia Quarterly Review, and The Best Creative Nonfiction, Volume Three. Contact her at colson [at] georgiasouthern.edu

Timothy M. Teeter is an Associate Professor and the former Director of Graduate Studies in the Department of History at Georgia Southern University, where he has been teaching since 1991.  He received his PhD in ancient history from Columbia University in 1989 and has published mainly in the field of papyrology. He has studied or taught in Italy on several occasions as well as in programs in Greece, France, and Germany.  Contact him at tmteeter [at] georgiasouthern.edu